The Car Accident and the Defensive Driver

What is Defensive Driving?

Defensive driving, the adherence to some general driving rules with the intent to minimize the risk of a car accident through anticipating dangerous situations and the mistakes of others. 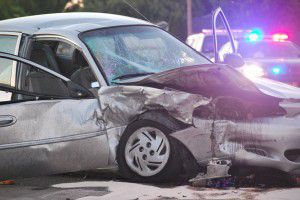 “A few days ago, after having dinner with my family, I heard a loud crash outside, accompanied by a slight shake of the house. I looked out the back window to see smoke billowing from just beyond the fence line of my backyard. I ran around to the street. As I rounded the corner, I saw a teenage boy, looking roughly 18 years old, lying on his back in my neighbor’s front yard, unconscious. He just started to wake as I quickly approached.

The driver, also a teenager of similar age, miraculously had walked out of the car on his own and was kneeling by his friend calling him by name. My neighbor who had arrived shortly before me had rushed back to grab his fire extinguisher to put out any potential fire from the other car that had been billowing smoke from the view in my backyard. As he came running out of his house he shouted to make sure the boy on the ground didn’t move.

I continued around the corner to view the car with the billowing smoke. A woman in her thirties was screaming “Let me die, let me die, I want to die, I want to die.” Neighbors and bystanders were now pouring out of their homes many reporting the incident to dispatch. My neighbor pulled the woman from her car and moved her a safe distance from the vehicle. She seemed furious that he was helping her out of the car, but due to her injuries from the car accident, conceded. He tended to her while first responders arrived. Once fire and police arrived we all backed away. Eye witness accounts were taken and all injured were taken by ambulance to the hospital. Police and fire remained on the scene well into the night. 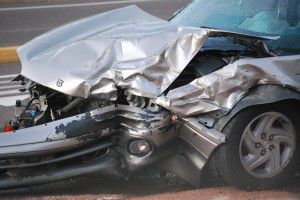 According to witnesses, the woman had been driving southbound around 50+ MPH in a 25 MPH zone. She blew through the stop sign at the cross street without slowing down. The boys were headed westbound when she slammed into the front, passenger side of the teenage boy’s vehicle. The vehicle then ricocheted slamming the back, passenger side into her driver’s side. The woman’s vehicle came to rest facing westbound in the eastbound lane and the teenager’s vehicle rested facing southbound in the northbound lane. The whole scene seemed very gruesome.

The mother of the driver showed up screaming, “My baby, My baby” before embracing her son in a frantic hug. As a bystander, I have no idea what happened to any of those involved, but it seemed as though the woman was engaged in a failed suicide attempt. That attempt almost killed two innocent boys. I can only imagine the fear going through the mind of that loving mother who arrived on the scene. Grateful that her son was still alive, amid this tragic and avoidable car accident.”

Obviously, the woman driver had intent to do herself harm, not thinking of the innocent lives that would be affected. What then could the teenage boys have done to avoid this accident. They were not at fault, they were abiding traffic laws, yet there may have been something they could have done to avoid the car accident.

As a driver approaches every intersection, a quick glance at all movement near the intersection can allow for the needed milliseconds to apply the breaks. This quick glance can avoid both vehicle-to-vehicle collisions and pedestrian-to-vehicle collisions. Other defensive driving techniques are useful to avoid car accidents and can provide increased safety to your driving.

Distracted driving is among the leading causes of car accidents. Stay focused on the road and the rules of the driving. Eating, talking on the phone, texting, or adjusting the radio can all be distractions.

Impaired driving typically involves alcohol, drugs, prescriptions, or sleepiness. Driving under the influence or driving while impaired significantly increases the probability of injury to yourself or others. Remember to stay alert. If, for some reason, your judgment is impaired, simply do not drive. Call a taxi or a friend to drive for you.

Offensive driving or aggressive driving is equally as dangerous as impaired driving. Many people seem to be in a hurry to get from here to there. All aggressive driving accidents can be avoided. The age old advice to slow down and relax holds true for those in a hurry or annoyed by other drivers. If you see an aggressive driver on the road, give them plenty of space so you have the ability to react and anticipate their movement. If you feel that the driver is being overly aggressive and is endangering the lives of other drivers, at the next exit, safely pull off the road. Call local police to report the vehicle.

Often times, the solution is to slow down. Give yourself 3-4 seconds behind a vehicle, plenty of time to react to an unanticipated event.

Why Be a Defensive Driver?

Defensive driving provides you the opportunity to protect yourself. Your increased time to react can be the millisecond needed to avoid a car accident. Don’t let other drivers take your life into their hands.