Could a $1 Fix Protect Your Child From Devastating Injuries or Death? 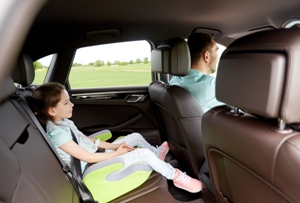 Automakers and the National Highway Traffic Safety Administration (NHTSA) have a duty to protect consumers from defects in motor vehicles when a defective auto part or other manufacturing defect puts people in danger of harm. Unfortunately, that does not always happen. Right now, there is a serious defect in seat backs in millions of passenger vehicles in the United States that is putting our children at risk of serious injuries or dying in an automobile accident when sitting in the back seat. Even worse, automobile manufacturers and NHTSA have known about the problem for years—and done nothing.

$1 Fix Could Resolve Seat Back Defects

A CBS investigative report on the dangers of defective seat backs found that a defective part is causing front seats of passenger vehicles to propel backwards at a high speed during a rear-end collision. This throws the front seat—and its passenger—into the passenger sitting in the back seat. Their investigation concluded that over 100 victims—mostly children—have suffered life-altering injuries or death when a seat back collapsed onto them. Young victims can suffer traumatic brain injury, hearing loss, partial paralysis, and more that can disable them for life.

Legislatures are now demanding new regulations to correct this problem. Important information you should know: