Do I have a claim for compensation if I wasn’t wearing my seat belt at the time of my auto accident? 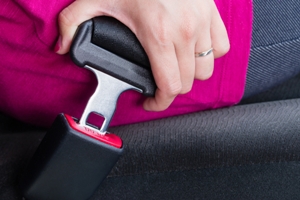 There are certain factors in a car accident that can make the victim’s claim for compensation more complicated. One of these is not wearing a seat belt when involved in a car accident. This does not mean that you do not have a claim against the negligent driver, but it could result in you having to be realistic about your claim and accepting less in compensation for your injuries.

In Nevada, a driver and his passengers are required to wear a seat belt. In some cases, whether you were wearing a seat belt will have no bearing on the seriousness of your injuries caused by a car accident. In this situation, the fact that you were not wearing a seat belt should not reduce your claim—at least not by much.