When it comes to motor vehicles, many people see them as a necessity more so than a convenience. Without vehicles, most people could not get to work or any daily appointments. Unfortunately, every time a person gets behind the wheel, they risk getting into a serious accident that could result in life-altering injuries or even death.

The Most Common Causes of Las Vegas Car Accidents

While many people drive safely and defensively, 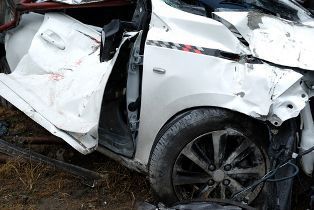 they still share the road with other drivers who are not so careful. The following are 10 common causes of car accidents, in no particular order. Spoiler alert: most of these causes are the result of negligent or neglectful driving:

This includes talking on a cellphone, texting, eating, changing the music, using a GPS device, and talking to passengers. Drivers cannot give their full attention to driving when doing these things—and all too often, accidents result.

Even a small amount of alcohol can impair a driver’s ability to function and react to situations on the road.

This includes a wide range of unsafe driving practices, such as changing lanes too quickly, excessive speeding, and engaging in aggressive driving such as tailgating.

Driving too fast for weather conditions

When it rains, the roads can become slippery and dangerous. Oftentimes, drivers don’t realize how slick the roads are at the start of a rain storm. When drivers don’t slow down they can skid or spin out of control while braking.

Drivers who run red lights are often speeding. When drivers run a red light or a stop sign they can cause sideswipe and side-impact accidents with unsuspecting motorists.

Many teenagers are inexperienced drivers that do not always know what to do in dangerous driving conditions. In addition, many teenage drivers engage in distracted driving practices such as talking on cellphones or texting while driving.

Driving during the night.

During the night it is harder to see hazards up ahead—increasing the risk of a wreck. As a person ages, his vision could decline, making it difficult to see in general—even more so when driving at night.

Changing lanes when driving is something that all drivers have to learn before receiving their licenses. However, an accident can occur if a driver doesn’t use his turn signal to warn other drivers, fails to check his blind spot, or passes another driver while in the wrong lane.

Driving the wrong way on a one-way street endangers everyone on the road and could lead to a very serious accident.