What Are the Most Dangerous Intersections in Henderson? 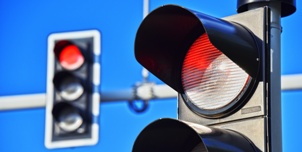 Like many other cities, there are some intersections that are more dangerous than others in Henderson due to high traffic volume combined with negligent driving practices. While you may not be able to avoid traveling in these areas, being aware of which ones are the most hazardous can help you try to avoid being the victim of a tragic car accident. Here, we share the most dangerous intersections in our community and some of the common ways negligent drivers cause these crashes.

The Henderson Police Department compiles traffic accident statistics and other helpful information and issues a report annually. In 2016, there were 2,997 traffic collision in Henderson that caused 563 injuries and 13 deaths. Here are the ten most dangerous intersections:

How Do Drivers Cause Intersection Collisions?

While accidents are more frequent at these intersections, the reality is that you and your family could be the victim of a crash on any road in Henderson. The majority of these accidents are cause by negligent driving—making the wreck more tragic because it is preventable. Common ways drivers cause these wrecks include: