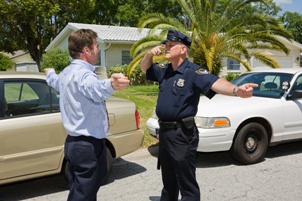 Were you the victim of a drunk driving accident in Henderson? Are you planning to file a claim for compensation with the negligent driver’s insurance company? If so, you have the burden of proving that the motorist was intoxicated and that this was the cause of your collision. It is important to keep in mind that you must prove both that the driver was drunk and that this led him to engage in actions, such as speeding, tailgating, or running a red light, that caused your accident. How do you prove this? By collecting certain types of evidence.

Evidence That Can Help You in a Henderson Drunk Driving Crash

In Nevada, a person can be arrested for DUI if his blood alcohol content (BAC) is 0.08 percent or higher. Even if a driver did not consume enough alcohol for his BAC to reach this level, key driving abilities, such as judgment, reaction time, and vision, can be significantly reduced and result in him causing a tragic wreck. Here are the types of evidence you can use to establish the driver’s intoxication as the cause of the crash:

Often the first test that law enforcement will administer at the crash scene is a field sobriety test. The driver is asked to perform certain basic tasks, and the officer notes the results of these tests on the police report. This evidence may help you establish the driver’s level of impairment and how this affected his driving abilities.

The police will administer a breath and/or blood test if he suspects that the driver who hit you was drunk. The results of these tests are strong evidence that can help you prove that the driver’s intoxication caused your wreck.

The police report can contain valuable information, such as the results of field sobriety, breath, or blood tests, a narration of how the accident occurred, and the officer’s conclusions as to who was at fault. It can provide compelling evidence of the driver’s negligence and assist you in settling your case with the insurance company. If not, the police officer can testify as to the findings of his report at your trial, which will be very persuasive with the jury.

Passengers, other drivers, and bystanders can all provide valuable evidence of how your auto crash occurred and the negligent actions of the driver who caused it. Third-party neutral witnesses can be extremely helpful because they have no stake in the outcome of your claim. Witnesses who observed the driver consuming alcohol at a bar or in a private home can also be helpful. It is important to obtain witness statements as soon as possible after your wreck while their memories are still fresh and you are able to locate them.

If the negligent motorist made any incriminating statements admitting that he was drunk, you can use them against him in settlement negotiations with his insurance company or in court if your case goes to trial.

If the motorist was convicted of DUI, this can be powerful evidence of his intoxication. However, you still need to prove that this caused your accident if his insurance company disputes it.

Circumstantial evidence consists of facts that would lead a reasonable person to believe that the at-fault driver was drunk. This can include his actions, such as driving at excessive speeds, driving the wrong way on a highway ramp or street, or other especially negligent actions. You may have also seen signs that the driver was drunk right after the accident that you can testify to. Signs of intoxication include:

Other Evidence You Need to Prove Your Right to Compensation

There are additional types of evidence that can help prove fault in drunk driving and other car accidents. They include:

Have You Been Injured By A Drunk Driver?

If you or a loved one have been injured in a car accident caused by a drunk driver, our experienced car accident attorneys are here to help. We will aggressively fight for the compensation you deserve. To learn more about your options and to see our track record in these cases, contact us online or call our Henderson office directly at 702.405.6000 to schedule your free consultation.